So as you drive along the I 15 North high way just leaving Las Vegas , there’s not much to see. The radio starts to cut in and out, your cell phone pretty much does the same and you notice the “Tribal Police” keeping watch on speeding traffic, I’m averaging 90 miles per hour and being passed by numerous cars with little regard to traffic laws. 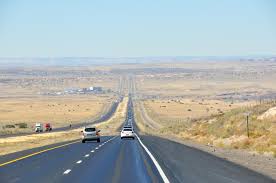 This is the desert, very little out here, mountains either side and the sun beating down even on a January morning, reminds me of my first journey across the USA on I-40 west , almost freaking out over the temperature being in the ’70s in February and that smell on the high way not nice  yet not the worst I’d ever smelt, the smell turns out to be Skunk, an unfamiliar smell to a European that in later years would remind me of that trip across the land called America , full of strange and wondrous tacky sights, cafe’s selling “biscuits and gravy” ( translation : Hobnobs and meat sauce) and nothing but desert. 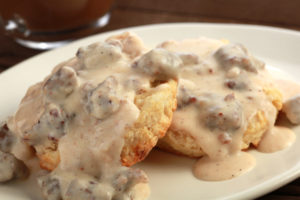 My job today is to photograph Camels with a Jazz singer, that’s all I’d been told, along with an address and directions that turned out to more complicated. I took the off ramp 112 as directed drove for about 15 minutes stopped at a rather unnerving sign made of numerous American flags and on top of each pole  words spelling out “We The People”. This is Bunkerville NV , site of a recent stand off between a local militia and the US government over grazing rights. 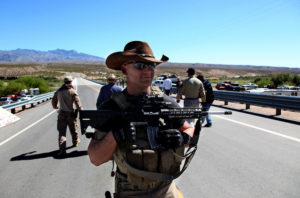 To Continue, and I did, right past for 10 miles and we’re getting close to the shoot time of 12 noon. Realizing my mistake I do turn around  and take a small and very bumpy unmade road for about 3 miles, I arrive right on time along with the male model hired for the day. But we’re alone and after a short walk about we find the owner and ranch hands having breakfast that’s been cooked on an open fire, along with many assorted animals. We explain our purpose and find out they know less than us.

Soon enough the talent arrive, great people if not a little disorganized. The Idea is to  shoot the talent riding a Camel with a drone, getting a long shot, I ask the owner if the Camels will get upset with the drones, his answer “Probably not, but possibly, maybe….”, that’s reassuring !

Any good photographer will tell you a good shot depends on many attributes coming together all at once, and working with animals and children should be avoided. It turns out Camels don’t like drones very much and now our talent is worried about getting thrown off the Camel if it gets spooked, so it is decided to give it one more go with the drone and see what we get. The Camel are a smart animal and will put up with  ‘some’ direction for a carrot  or similar treat , but once they have had enough that’s it more treats or it’s the Camels way.

We have reached that point when talent is tired , camels are restless and this photographer has yet to get the shot I want, also  I am surrounded by two more photographers namely the ‘producer’ and talent manager, who I nearly trip over all vying for a shot, while the Camel is getting pissed, the male model is giving his best but the trainer and Camel and not helping, and me now shouting directions, a bit of a circus ! 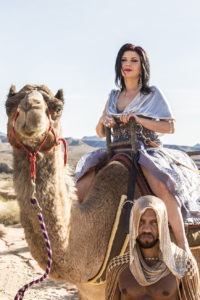 After all is said and done, seems I got the shot with the drone, just need to photoshop the trainer out of the picture and bingo ! The other shots are great, I expect nothing less, just rather stressful, but that in it’s self often produces the best work. 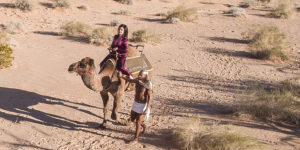 Costellophoto owner Don Parnall was voted as one of the TOP TEN PHOTOGRAPHERS IN LAS VEGAS. Check it out here:

International web site The Culture Trip chose Don Parnall  owner of Costellophoto as one of their top ten photographers you should know, scroll down to #4 : https://theculturetrip.com/north-america/usa/nevada/articles/10-las-vegas-photographers-you-need-to-know-about/